First and Foremost thank you all for your kind words and wishes of better health while in hospital.  What a screwy week for sure!

First I was asked to come in via ED for an inpatient evaluation and testing to prep for a Left Ventricular Assist Device or LVAD :

"A left ventricular assist device (LVAD) is a pump that we use for patients who have reached end-stage heart failure. We surgically implant the LVAD, a battery-operated, mechanical pump, which then helps the left ventricle (main pumping chamber of the heart) pump blood to the rest of the body".
https://stanfordhealthcare.org/medical-treatments/l/lvad.html

As you can see by the description is not a surgery to take lightly not is it one that can be done out of the blue, it takes many test to get approved.  175 so far and another 225 to be completed before the final decision is to be made.

It was not a good time inpatient for sure.

At first I was okay, sat in the ED a little too long since I already had a bed assigned to me upon arrival, but you have to be admitted through the ED first, and it was chaotic.  I swear I thought at one point there was some flu epidemic I was not aware of with so many with their heads in buckets.

The worst one - a lady who came via ambulance for a HEAD ACHE!  I was not over joyed to hear that one, as it took a team of medics out of  service for real emergencies, when they told her it would be a while to be seen; truly an academy award winning performance of over dramatic acting.  I laughed out loud actually.  It was more likely a brown bottle type of flu as it was finals week at U of M so there you go...

I finally was admitted, and then another 5 hours to get to my actual room, which had to be cleaned.  Okay.  I get that.  But seriously I sat there with a mask on, not sure of who had what.

My nursing staff was amazing Physicians mmmmm not so much.  There were too many of them.  Seriously 45 different ones throughout a 4.5 day inpatient stay, with approximately 34 blood draws, and IV and CT scan.  That was what I was there for I guess.  But had the impression more of the test would get completed during the stay.

The doctors were NOT communicating nor were they reading notes from each of them, and believe there are a lot of those I just looked in my chart today, and truthfully WOW!  I have had every kind of blood test on the lab order sheet except for a pregnancy test!  It was a lot of blood.

So as the days waned by, and I was NOT sleeping a terrible whole lot due to well being woken up constantly to pull more blood, or change the IV bag or take my vitals, or give me more pills etc., I was getting taxed for sure and not very happy as no answers were being given.

I just wanted to be home sewing truthfully or braiding a rug start.  I was not in the mood for sure for anything outside of those activities.  I watched a lot of You Tube videos.

The worst day was my last day there.  I was to be told the results.  I had seen Rheumatology, Cardiology, Immunology, Endocrinology, Infectious Disease and Heart Failure Electrophysiology.  All of which were NOT communicating.  I had one Fellow who thought he was an Attending who decided to write a report without all the information needed for that report which totally SCREWED EVERYTHING UP!  From what I heard he was in a lot of trouble and have to go in front of the review board - yes it was that bad.  His report stated information that was falsely reported as the entire report needed was not ready when he stated - NOT A CANDIDATE for LVAD placement.  Which I was told by the team who would have done this procedure.  I was livid!  Then lo and behold Rheumatology comes in and says they never wrote a report; and any information contained in the report was not valid.  Then they tell me YOU ARE APPROVED on our end.

It was a mess.

Cardiac failure team had to be called back in and then notified of this discrepancy and then they had to meet again, all the while leaving me on an IV drip I did not need.  So I insisted I be released home until they could come to a real conclusion.  It was a mess actually.  I did get to come home though rather than site and wait for an answer as I have a great number more test to be done in the coming months.

I am still on track for this surgery at the moment, I have to lose some weight which I am good with I need to any way I think I am past the fluffy stage and now just fat.  Yes I said it out loud I am FAT! There now you  know.  I can breath a sigh of relief.  I have to lose about 20 pounds which is doable for sure.  I mean I do have 6 months or so to do it.  I have a treadmill, I plan to be more active this summer with my gardens and in my studio too.  I just have to get into that frame of mind!

I am working on that.

So again I would rather have been sewing or something other than needled to death I look like my pin cushion for sure, but in the end it will be worth the frustration and maybe I will get most of my life back again and be able to function like many of you.  At the moment only about 20% of my heart works; which is putting a lot of strain on the rest of my body.  I will be happy with 50% but shooting for 80%.  We will see.

Again THANK YOU ALL for the kind words and well wished.

Now on to bigger and better things and much better health.  I just fired up my new Ninja Foodie and am ready to get this fat off of me!

Til next time -
Enjoy your creations, have a wonderful Memorial weekend and be safe out there.  It is a crazy world these days. 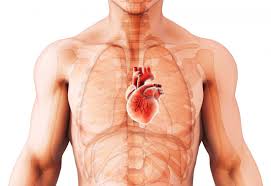 I don't get a heart!

Studio Clean up and Organization

Bloggerted69
Hello, I am a Quilter, Blogger, and Author and Fabric store online Owner. I have Chronic Illness and am a retired Nurse who now stays at home and hopes for good days to outweigh the bad. I love to quilt, paint and create. Come join me on my journey to a better life and no therapy bills to pay!